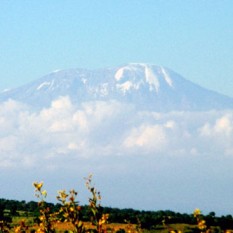 Andrew Reynolds sponsors one of his Students to complete the Mt. Kilimanjaro Trek for Marie Curie Cancer Care

After years of carrying on with what she called her own ‘mediocre lifestyle where one month blends into another and another and ……’ and her husbands own business that he had started 3 years earlier struggling in the declining economic climate, Barbora became ‘tired of waiting’ for her life’s fortunes to change and after watching Andrew on The Entrepreneur Channel she decided to become a student.

After reading through the course modules and learning Andrews system to focus on achieving the dreams and aspirations you want out of life, Barbora soon realized that she could set not just her business goals higher and achieve them but also believe in herself and have the confidence to take up any challenge and go for it.

Barbora’s ‘You can do it!!’ moment came following a family bereavement, losing a close family member to Cancer. After reading Andrews own story and seeing the continual fundraising work he does with various charities, she became inspired to join a team and climb Mt Kilimanjaro in July  to help raise money for Marie Curie Cancer Care. 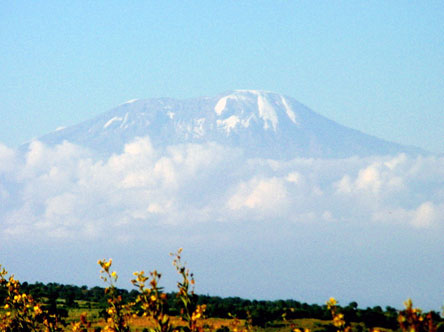 Not only did Barbora want to do the Mt. Kilimanjaro trek to help raise money for this worthwhile cause, but she also wanted to challenge herself personally, improve her own fitness and prove to herself that she was capable of anything.

After Barbora contacted Andrew Reynolds to share her own story he immediately agreed to help and pledged to sponsor Barbora for £3,750.00 on completion of her trek.

Andrew Reynolds said “I was not only moved by her commitment to raising the money for Marie Curie following her own personal loss, but also by the way Barbora had made a decision to get up and do something, to climb Mt. Kilimanjaro, in itself a massive challenge for anyone, let alone a mother of 3 that had never done anything like that in her life.”

Barbora completed her trek in July 2010, taking just over a week to ascend the summit at a staggering 5000 metres and with her team raising around £100 000, which translates to nearly 3000 Marie Curie nurses hours in people’s homes.