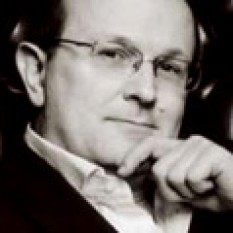 In the latest Self Made Millionaire Magazine, Andrew Reynolds reveals the secrets of how, as an ‘ordinary bloke’ he achieved extraordinary success. Andrew Reynolds talks to leading journalist Martin Baker about his rise from poverty to Multi-Millionaire status: Andrew Reynolds is a quiet revolutionary. If you met Andrew Reynolds in the street, you’d pass him off as just another, regular bloke. But beneath the quiet, unassuming exterior is a quite extraordinary person. His success story is that he was just an ordinary guy who discovered the secret of making money, a secret that he now shares with other people. Andrew Reynolds certainly looks like Mr Average. Just the wrong side of 50, Andrew Reynolds is a regular guy who’s taken his fitness seriously. He has frequent sessions with his personal trainer most days of the week, and has a full-time housekeeper to keep him on track with his nutrition – yet he’s maintained a down-to-earth , ‘in touch with his roots’ personality. OK, he drives a rather sexy Bentley GT, the marque favoured by Premiership footballers, but beyond that, there’s little surface evidence of anything that might speak of a man who’s pulled in £30 million entirely by his own initiative in the past 10 years. The self-effacing demeanour, the quiet voice, and the eyes that glint with an occasional hint of irony bring to mind a low-profile – perhaps highly successful – accountant or surveyor. Then again, Andrew Reynolds might be one of those bods from personnel, someone who’s embroiled in the intricate detail and day to day machinations of corporate life – a classic small ‘cog’ in some huge, faceless multinational. That would be a big mistake. Apart from his fear and loathing of accountancy (see related articles), if you’re looking for the leader of the charge against life in the corporate job factory, Andrew Reynolds is the man… Martin Baker

Martin Baker writes the City Eye column in The Independent on Sunday, and a weekly management profile in Thursday’s Daily Telegraph. He also writes regularly for Arena magazine, and occasional main paper and business profiles for The Observer.

At Andrew Reynolds Cash On Demand Bootcamp for example Andrew met a wonderful lady called Rosie was nearly at her wits end as her soup kitchen which feeds around 400 small children every day was faced with imminent closure. A local charity had been supplying Rosie with the food but had stopped being able to do so due to lack of funds. Andrew Reynolds Cash On Demand students watching the video footage witnessed a very emotional scene as Andrew promised Rosie the required funding for the foreseeable future so she could continue.